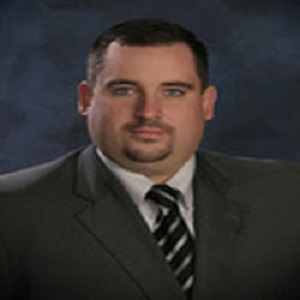 Mr. McAleer’s practice is based in Southwest Washington with offices in Vancouver and Camas, but routinely handles state and federal cases in numerous counties in Washington as well as in all federal courts in Washington. In addition to Washington, Mr. McAleer has been admitted Pro Hac Vice and has represented clients in courts in Oregon, Idaho, Colorado, Arizona, and California.

Mr. McAleer has primarily devoted his practice to criminal defense with a focus on defending those accused of sex crimes and other major felony crimes. Attorney McAleer’s approach to these cases and attention to detail has earned him a local, state and national reputation which was achieved by passionately representing thousands of clients charged with essentially every type of criminal offense.

Among awards and recognition, Mr. McAleer has been recognized by Avvo and has been awarded a Superb Rating of 10.0, the highest rating an attorney can be awarded. Mr. McAleer’s peer and client reviews speak for themselves and demonstrate a detailed aggressive approach that focuses on what matters most – results. Mr. McAleer has also been recognized by the National Trial Lawyers as one of the top 40 attorneys in Washington under 40 for five consecutive years, and named one of the top 100 criminal defense attorneys in Washington annually after achieving his 40th birthday. Most recently Mr. McAleer was name as a rising star by Super Lawyers which is one of the most recognized industry honors that is peer and third-party validated. The selection for both the National Trial Lawyers and Super Lawyers are made by invitation only. Selected attorneys must demonstrate superior qualifications, leadership skills, and trial results as a legal professional. The selection criteria and evaluation process include a review of the attorney’s reputation among his peers, the judiciary and the public, previous years’ achievement, nominations received from leading trial lawyers, as well as rankings and ratings of the attorney by established organizations.